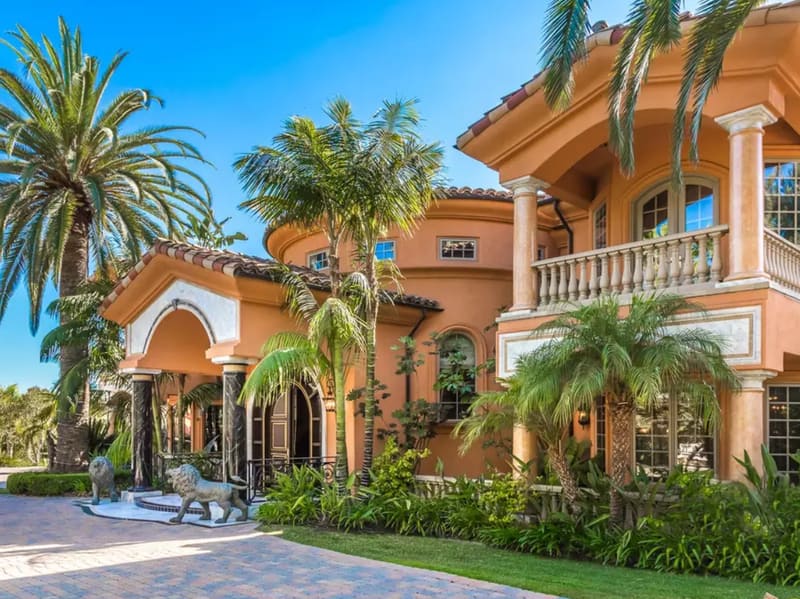 Southern California is known for being a somewhat costly place to live. This has been the case for decades and decades, and even now, in the midst of the post-pandemic recession, prices didn’t seem to go lower. So what makes houses in San Diego so expensive?

What ultimately influences in the historic high price of housing in the California area, San Diego included, and, very simply put, the quality of life the region provides.

The warmer climate, busy social lifestyle, job opportunities and safety have all influenced the price of housing in the region over the decades. But recently, things have been taking even a more astonishing direction.

So let’s talk about the price of houses in San Diego, both historically and in present days, and hopefully clarify some aspects of why they are of such higher cost.

Ever since 1960 the price of houses in San Diego keeps growing up.

This is basic economy. When a lot of people want the same product, more of this product is produced to fulfill the consumer demand. A balance between supply and demand always tries to be established.

However, when that balance is not met, problems start to happen. When there’s too much supply and not enough demand, for example, prices get lower.

In the case of the San Diego housing market, what happens is the exact opposite. There’s too much demand, but not enough supply.

Over the past decades, the entire Southern California region has not been able to keep up with the demand for new houses.

According to San Diego State Housing Department, around 180,000 new housing units should be built every year to keep up with the demand. But, for the past 10 years, not even half that amount has been reached.

Developers have been historically facing difficulties when building houses in San Diego.

To begin with, there are several laws in place that make it difficult for new house projects to be approved, such as environmental and growth control laws.

On top of that, the several layers of government review and bureaucracy make it a costly and slow process. And even if you manage to go through all that, the topography and location of the region makes it for a difficult place to build.

The costs both in labor and materials are higher than the national average, and that discourages developers. Also, with the sea right there, the space is limited, which makes things even more difficult.

Price of Houses in San Diego

In 2020, the average house price in San Diego was about $750,000. On top of that, there has been an astonishing increase in price of 14.6% in over a year while sales fell around 7%, keeping up with the unbalance between supply and demand.

The COVID-19 pandemic has also significantly influenced the current cost of living in San Diego.

It has increased the demand, as many jobs have permanently shifted to a home office capacity, and therefore people are spending more time at home and requiring more space.

And with the aforementioned quality of living and low mortgage rates, San Diego housing has been in high demand ever since the beginning of 2021.

Another factor that influenced the prices were the foreclosure moratorium established by the government. It has kept the market essentially locked, avoiding foreclosures and turnovers, until the economy gets back on track after the pandemic.

But, as of September, the moratorium has been lifted and interest rates began to increase to keep up with the demand of the market.

Most people are expecting the curve to flatten on the cost of houses. Increases are still expected, but not as drastically as the 14.6% in only a year.

In 2021, San Diego houses have appreciated around 9%. If the trend continues, and all indicator points towards the fact that they are, that will be an increase of average cost to $817,500.

The limited house offers will keep forcing buyers to compete, which will keep skyrocketing the prices up. Still, even with prices as high as they’ve even been, there are predictions to have marginal increases in price.

Acquiring a House in San Diego

So, as we talked about, the quality of life and high demand has historically made the price of houses in San Diego, as well as the entire Southern California region, about three times as high as the national average.

More recently, the lack of turnover and foreclosures due to the federal foreclosure moratorium, as well as increase in demand for more spacious homes due to the boom of home office, are amongst the main reasons why houses in San Diego are so expensive.

San Diego policies around the permits to development also contribute to the difficulty of meeting the demand of the market, as well as the difficulty of the topography of the region itself, which makes construction more expensive.

Because of it, investment in real state around the San Diego area is still safe and sound, as any of its influencing factor are highly unlikely to change in recent years.

If you’re thinking about acquiring a house in San Diego, it is still a good time. Even with such high costs of houses, they are likely to increase, roughly around 9% until the end 2022, possibly even as high as 15%.

You can get in contact with us here at the Real Estate Jedi. Our combined 12 years of experience can help you locate the best possible real estate deals around.